US Repeals its Decision on Deporting Foreign Students

Recall we reported last week that the United States of America Immigration and Customs Enforcement (ICE) had made an announcement aimed at deporting foreign students whose lectures moved online due to the corona virus pandemic.

Harvard University and MIT had threaten a lawsuit against the agency on July 8th, asking the court to block the order announced by ICE that students must leave the country if their classes are only online, or transfer to a school offering in-person tuition. 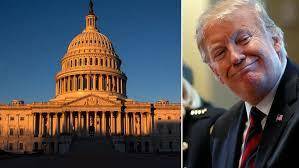 The lawsuit described ICE’s directive as “arbitrary and capricious and an abuse of discretion.” It was followed by a separate lawsuit including 17 states and DC, with support from hundreds of universities.

"The government has agreed to annul the decision as well as any implementation of the directive, after a ruling by Judge Allison Burroughs. Foreign students with F-1 visas will take full online course loads while retaining their visa status.